In April, global sales of plug-in electric cars grew at a slower pace than we would hope for, but 29% gain year-over-year is not a bad thing either.

Taking into consideration the growth of all-electric cars by 43%, the slowdown was caused by plug-in hybrids (again), which now hold just 29% share out of the overall BEV/PHEV segment.

There is no even chance for the change on the leader position as Tesla Model 3 takes it all - #1 for the month with 17,464 estimated sales and #1 YTD with 68,350 estimated sales.

Because the anticipated increase of Model 3 sales towards the end of the quarter, the gap is expected to increase in May and especially June.

The best of the rest - BYD Yuan - thanks to strong demand in China, strengthens its second position, followed by the slowing down Nissan LEAF.

The number of plug-in hybrids in the top 20 was reduced to just four (black names): 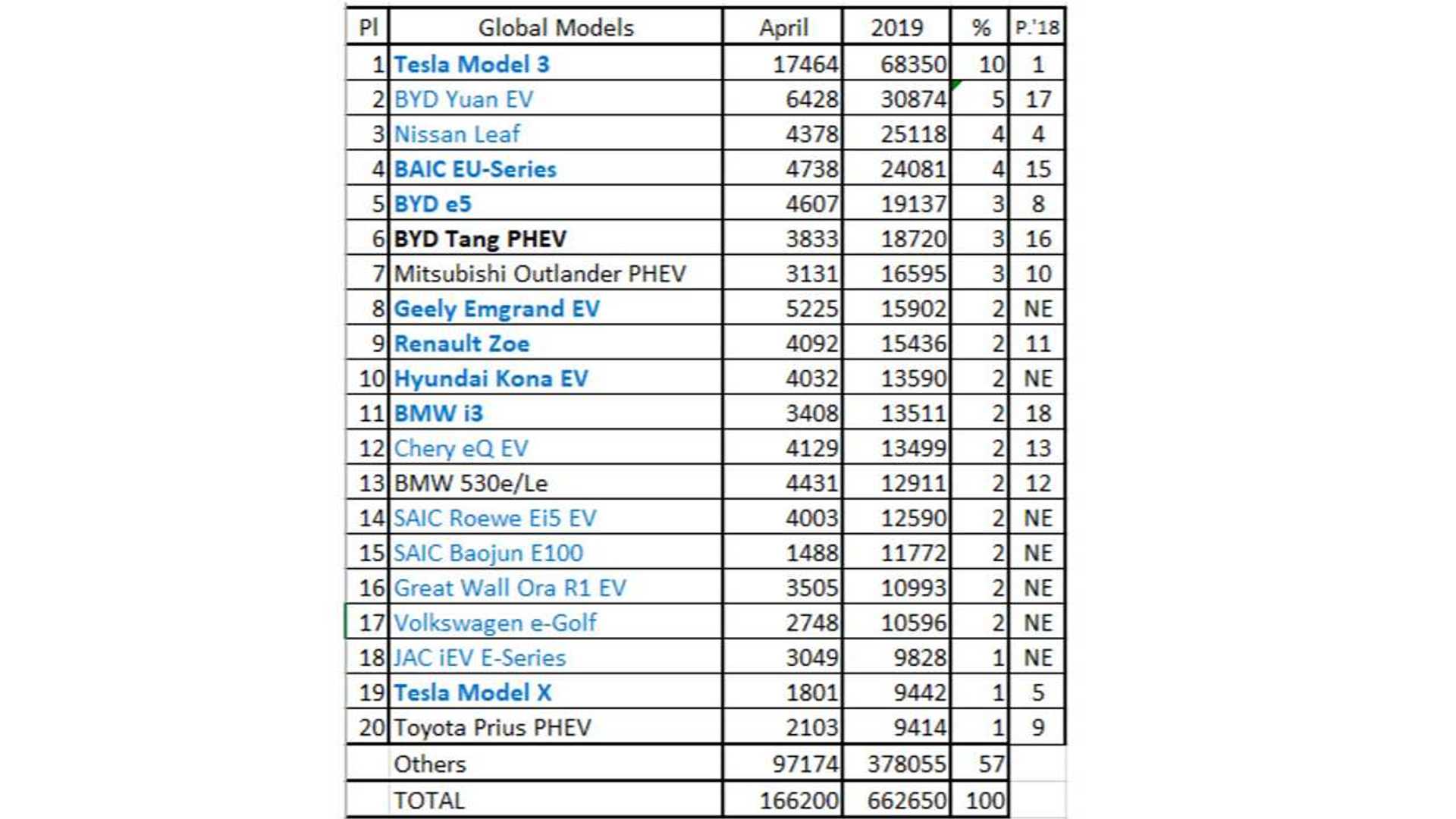 Among manufacturers, BYD remains in the lead selling more plug-in cars than Tesla both in April and YTD.

SAIC is the only other manufacturer to note five-digit sales, but not enough to keep the pace with the leaders. In April, BMW and Nissan took over BAIC, which isn't able to truly rebound this year. 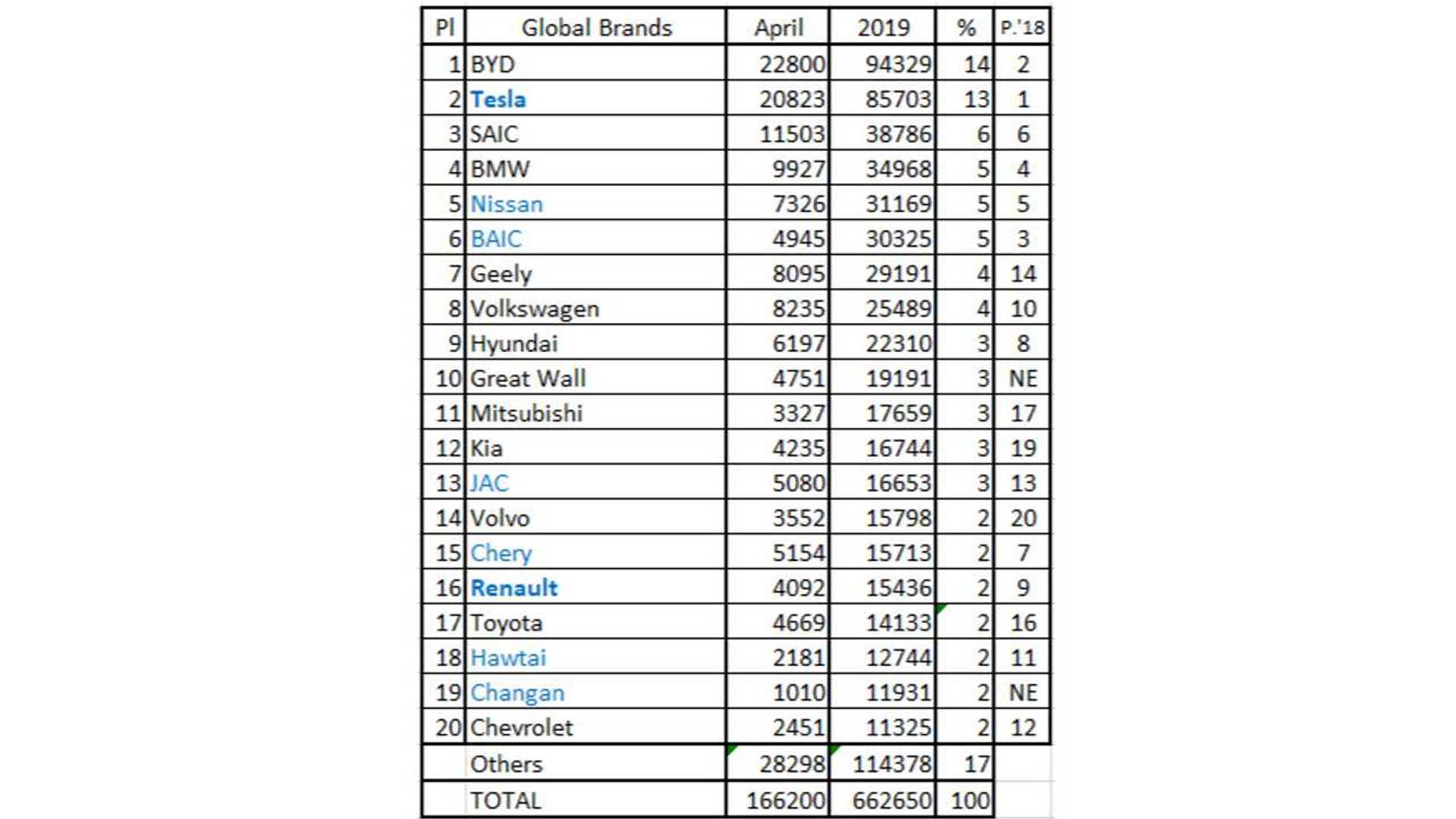