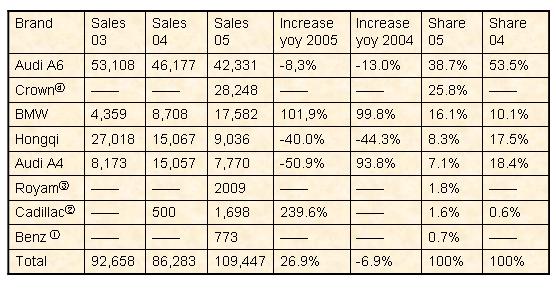 1. Competition is becoming more and more intensifying. In the past few years, FAW Audi has been taking the leader in luxury sedan market; however, its market share is being worn out since the launch of more other luxury models like Benz, BMW, Cadillac, Crown, Royam etc.

2. Amongst the most favor Japanese luxury cars. Both the luxury version of Nissan Teana and the newly launched Toyota Crown gain excellent market performance in 2005.

3. The luxury sedan market increases rapidly. Only 4% have taken the luxury car market in China's car market  , but it is becoming mature and with a promising future. 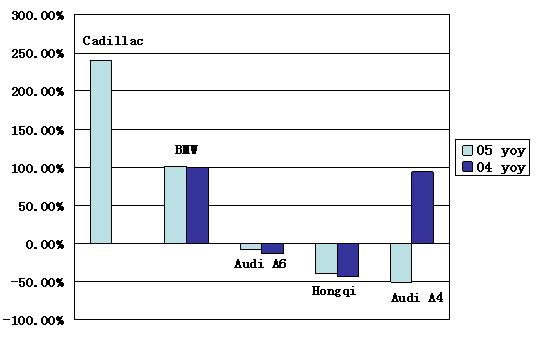 Back to: China automobile market segment

Previous: The total number  and market share of sedan by grade