The plant has an initial investment of 80 million euros and is expected to produce Great Wall's Florid cars and Hover SUVs. According to Sofia News Agency, this project will initially create 1,000 new jobs.

Mr. Stanishev said that the plant was a symbol of his Cabinet's policy to make the country attractive for foreign investments and to create new, competitive productions. 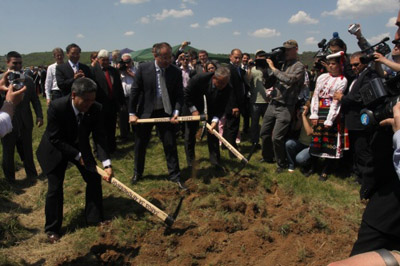